IBM is the abbreviated form of International Business Machines Corporation.

It is nicknamed ‘Big Blue’ due to the blue color in its logo as well as its products. It is a highly reputed and popular MNC and IT consulting organization. IBM was founded on June 16, 1911, by Charles Ranlett Flint and Thomas J. Watson. It is headquartered in Armonk, New York. At present, the CEO of IBM is Arvind Krishna. IBM was named by Thomas John Watson Sr.

This article covers the history, products and service range, and developments made by International Business Machines Corporation (full form of IBM).

IBM is a multinational IT company having its headquarter in Armonk, New York. The diversified range of products offered by IBM has captured markets in the field of cloud computing, artificial intelligence, computer hardware, and computer software. IBM also caters to the service industry with its excellent services like outsourcing and consulting through its branches spread over 170 countries.

Products and Services Offered by IBM

The International Business Machines (IBM) company is the top supplier of mainframe computers in the 1970s and over the years. IBM has also escalated its business to focus on modern technology fields such as cognitive computing and cloud-based services.

As you can see, IBM has achieved a lot in all these years.

Inventions include the ATM, the floppy disk, the magnetic stripe card, the hard disk drive, the SQL programming language, the relational database, the UPC barcode, DRAM, and much more.

Hope through this article you must have learned a lot about IBM, the computer company that almost invented half the technology that got you to work today. 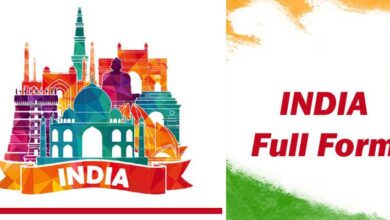 INDIA Full Form | What is the Full Form of INDIA?