The full form of IDE is Integrated Development Environment.

What is an IDE?

An IDE is a type of software application that gives comprehensive sources to computer developers for developing software programs.

Using an integrated development environment allows software developers to streamline the coding process, ensuring accurate testing at all steps along the way, and often shortens the development time while assuring the highest quality product for their clients.

This ensures that a program developer’s productivity is increased by combining common activities of writing software into a single application: editing source code, building executables, and debugging. They must choose the IDE based on several different factors, such as the languages that the IDE can handle, the operating system on which it runs, the cost of the IDE, etc.

An integrated development environment contains several different tools that help developers streamline the design and creation processes of software and apps. The most common ones generally include the following:

Some integrated development environments may be standalone programs that need to be installed directly on a machine or server; others may operate via the software as a service (SaaS) route. Cloud-based IDEs provide advantages such as access from anywhere in the world and from multiple devices rather than a single machine.

Some of the most popular IDEs available in the market include the following:

IDE is an abbreviation for Integrated Drive Electronics. An IDE is an electronic interface that connects the data paths on a computer motherboard to the computer’s disc storage devices. 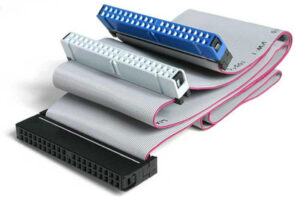