PNR refers to the Passenger Name Record or a group of passengers traveling together, stored in the database of a Computer Reservation System (CRS). The passenger name record is the PNR Full Form.

The concept of the PNR was first introduced by airlines to exchange information when passengers required more than one flight to reach their destinations. However, PNR can also be used for bookings of hotels, rental cars, and train trips.

A PNR, created by the travel agent or travel website user, is stored in the CRS or Global Distribution Systems (computerized network system owned by companies such as Sabre, Travelport, Amadeus, Apollo, Galileo, etc.)

This is not just about the full form of PNR; rather, this article will put some light on the rarely known facts about PNR.

Parts of a PNR

The starting digit depends on the Zone of the Train, w.r.t. Starting station of the train.

PNR is used as a single point of transactions as and when required. 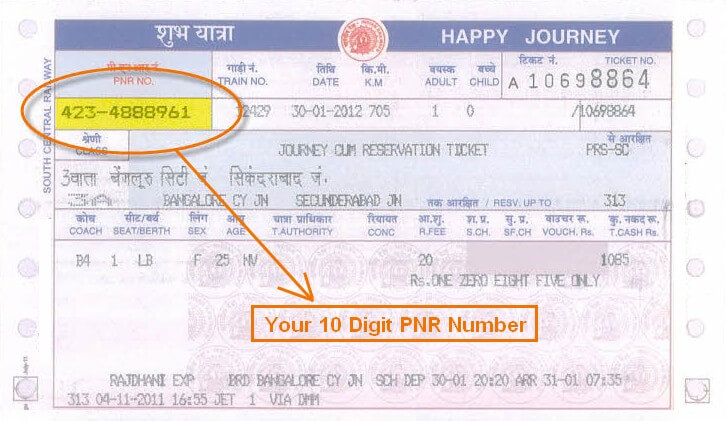 For checking the PNR status for Indian Railways, enter the PNR number on a travel website.

The booking status of the ticket is considered under PNR status. In the case of a train ticket, PNR status displays whether the ticket is CNF, WL, RAC, GNWL, PQWL, RLWL, etc.

Each of the above abbreviations stands for:

If waitlisted train ticket has been allotted, the status of the ticket may change based on the cancellations on the confirmed tickets. The ticket may move to a lower waiting list number or can also get confirmed. Since the change in the PNR status is recorded in real-time, it is better to have a check on the status quite often.

The Validity of the PNR Number

PNR number is invalid after the completion of the journey.