NTA devises the JEE Main Syllabus, and it is notorious for being never-ending. It is advised to every JEE Aspirant to prepare really well for the exam. Therefore, we have collected the most reliable and accurate syllabus in this article which can help the students ace this examination.

The JEE Main 2022 conducts three papers- JEE Main Paper 1 is conducted for admission to B.Tech programs while Paper 2 and Paper 3 is conducted for admission to B.Arch and B.Planning programs. The syllabus of JEE Main 2022 will be different based on whether the candidate appears for Paper I, Paper-II, or Paper III. The syllabus of each paper is discussed below:

Get the latest news & updates about JEE Main Exam via SMS and e-mail, by entering your details below:

In this section, 80% section contains a numerical type of questions, and 20% of the questions contain a theoretical section.

Dynamics of uniform circular motion: Centripetal force and its applications.

Work is done by a constant force and a variable force; kinetic and potential energies, work-energy theorem, power.

The potential energy of a spring, conservation of mechanical energy, conservative and non-conservative forces; Elastic and inelastic collisions in one and two dimensions.

Centre of mass of a two-particle system, Centre of the mass of a rigid body; Basic concepts of rotational motion; a moment of a force, torque, angular momentum, conservation of angular momentum and its applications; the moment of inertia, the radius of gyration. Values of moments of inertia for simple geometrical objects, parallel and perpendicular axes theorems and their applications. Rigid body rotation, equations of rotational motion.

UNIT 7: Properties of Solids and Liquids

Wave motion. Longitudinal and transverse waves, speed of a wave. Displacement relation for a progressive wave. Principle of superposition of waves, a reflection of waves, Standing waves in strings and organ pipes, fundamental mode and harmonics, Beats, Doppler effect in sound

Conductors and insulators, Dielectrics and electric polarization, capacitor, the combination of capacitors in series and parallel, the capacitance of a parallel plate capacitor with and without dielectric medium between the plates, Energy stored in a capacitor.

Electric Cell and its Internal resistance, potential difference and emf of a cell, the combination of cells in series and parallel. Kirchhoff’s laws and their applications. Wheatstone bridge, Metre bridge. Potentiometer – principle and its applications.

Reflection and refraction of light at plane and spherical surfaces, mirror formula, Total internal reflection and its applications, Deviation and Dispersion of light by a prism, Lens Formula, Magnification, Power of a Lens, Combination of thin lenses in contact, Microscope and Astronomical Telescope (reflecting and refracting) and their magnifying powers.

Propagation of electromagnetic waves in the atmosphere; Sky and space wave propagation, Need for modulation, Amplitude and Frequency Modulation, Bandwidth of signals, Bandwidth of Transmission medium, Basic Elements of a Communication System (Block Diagram only)

Familiarity with the basic approach and observations of the experiments and activities:

UNIT 1: Some Basic Concepts in Chemistry

Classification of matter into solid, liquid and gaseous states.

Properties of liquids – vapour pressure, viscosity and surface tension and effect of temperature on them (qualitative treatment only).

Discovery of sub-atomic particles (electron, proton and neutron); Thomson and Rutherford atomic models and their limitations; Nature of electromagnetic radiation, photoelectric effect; Spectrum of the hydrogen atom, Bohr model of the hydrogen atom – its postulates, derivation of the relations for the energy of the electron and radii of the different orbits, limitations of Bohr’s model; Dual nature of matter, de Broglie’s relationship, Heisenberg uncertainty principle.

Elementary idea of metallic bonding. Hydrogen bonding and its applications.

The second law of thermodynamics: Spontaneity of processes; ΔS of the universe and ΔG of the system as criteria for spontaneity, ΔGo (Standard Gibbs energy change) and equilibrium constant.

Electrolytic and metallic conduction, conductance in electrolytic solutions, specific and molar conductivities and their variation with concentration: Kohlrausch’s law and its applications.

Rate of a chemical reaction, factors affecting the rate of reactions: concentration, temperature, pressure and catalyst; elementary and complex reactions, order and molecularity of reactions, rate law, rate constant and its units, differential and integral forms of zero and first-order reactions, their characteristics and half-lives, the effect of temperature on the rate of reactions – Arrhenius theory, activation energy and its calculation, collision theory of bimolecular gaseous reactions (no derivation).

Catalysis – Homogeneous and heterogeneous, activity and selectivity of solid catalysts, enzyme catalysis and its mechanism.

UNIT 11: Classification of Elements and Periodicity in Properties

UNIT 12: General Principles and Process of Isolation of Metals

General introduction, electronic configuration and general trends in physical and chemical properties of elements, anomalous properties of the first element of each group, diagonal relationships.

General Introduction: Electronic configuration and general trends in physical and chemical properties of elements across the periods and down the groups; unique behaviour of the first element in each group.

The tendency for catenation; Structure, properties and uses of allotropes and oxides of carbon, silicon tetrachloride, silicates, zeolites and silicones.

Preparation, properties and uses of chlorine and hydrochloric acid; Trends in the acidic nature of hydrogen halides; Structures of Interhalogen compounds and oxides and oxyacids of halogens.

Occurrence and uses of noble gases; Structures of fluorides and oxides of xenon.

Stratospheric pollution – Formation and breakdown of ozone, depletion of the ozone layer – its mechanism and effects.

Soil pollution – Major pollutants such as Pesticides (insecticides, herbicides and fungicides), their harmful effects and prevention.

Alkanes – Conformations: Sawhorse and Newman projections (of ethane); Mechanism of halogenation of alkanes.

Natural and synthetic rubber and vulcanization; some important polymers with emphasis on their monomers and uses – polythene, nylon, polyester and bakelite.

General introduction and importance of biomolecules.

The chemistry involved in the preparation of the following:

The chemistry involved in the titrimetric exercises – Acids bases and the use of indicators, oxalic acid vs KMnO4, Mohr’s salt vs KMnO4.

Sets and their representation; Union, intersection and complement of sets and their algebraic properties; Power set; Relation, Types of relations, equivalence relations, functions, one-one, into and onto functions, the composition of functions.

The fundamental principle of counting, permutation as an arrangement and combination as selection, Meaning of P (n,r) and C (n,r), simple applications.

Principle of Mathematical Induction and its simple applications.

Evaluation of simple integrals of the type

Cartesian system of rectangular coordinates in a plane, distance formula, section formula, locus and its equation, translation of axes, the slope of a line, parallel and perpendicular lines, intercepts of a line on the coordinate axes.

Various forms of equations of a line, intersection of lines, angles between two lines, conditions for concurrence of three lines, a distance of a point from a line, equations of internal and external bisectors of angles between two lines, coordinates of centroid, orthocentre and circumcentre of a triangle, equation of the family of lines passing through the point of intersection of two lines.

Probability of an event, addition and multiplication theorems of probability, Bayes theorem, the probability distribution of a random variate, Bernoulli trials and Binomial distribution.

Statements, logical operations and, or, implies, implied by, if and only if. Understanding of tautology, contradiction, converse, and contrapositive.

NOTE: The mathematics syllabus for paper 2 will be the same as that for paper 1.

Planning Based Questions (Specific for the B.Plan paper)

Candidates must thoroughly examine and analyze the JEE Main syllabus before commencing their preparations. After that, make a timetable and stick to the schedule.

Keep taking mock tests for your evaluation of the preparation. Maintain consistency throughout your journey. Stay positive and do not lose hope. 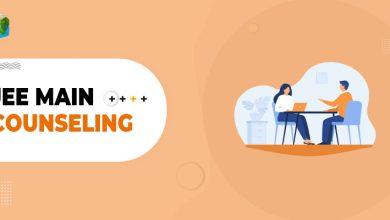 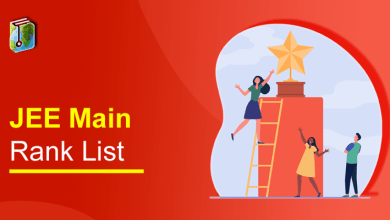 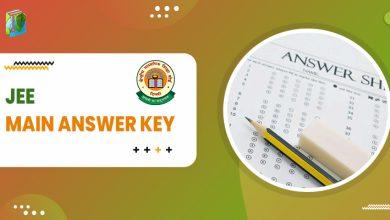 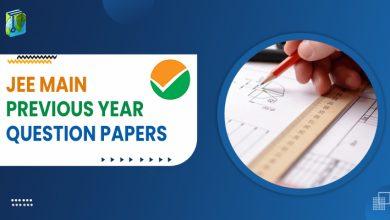 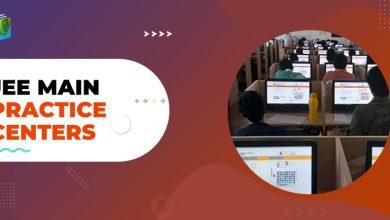